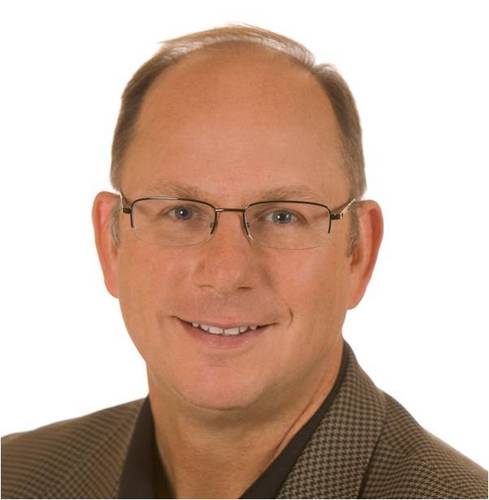 The CPA Firm Management Association recently conducted its first comprehensive technology survey tailored specifically to member firms with the goal of identifying the applications, products and processes utilized by peers.  Where possible, the survey attempted to identify which applications firms are moving to in the cloud compared to traditionally on-premise managed solutions.  The survey was conducted in January 2016, with 140 members participating, 90% of which had between 11 and 149 personnel and almost half being multi-office.   The findings of the survey are summarized below and were presented by CPAFMA Advisory Board Member Roman Kepczyk via MAPCast on Friday, February 26, 2016. For a copy of the podcast, click here.

Server Infrastructure: 77% of respondent firms still manage their own servers, and while 71% have servers located in their own firm office, 6% have chosen to move them to a co-location facility which offers more robust security, power and Internet bandwidth (with providers including ViaWest, IO, Barracuda).  18% of the firms transitioned to hosted cloud providers (15 to Xcentric, three to IV Desk and one each to Nuvodia, Cloud9, VNet, Cetrom, and Welcome Networks.  The survey found 5% of participant firms using their accounting vendor cloud solutions with five on Thomson Reuters Virtual Office and two on CCH’s Axcess cloud.

Server Virtualization: Virtualization was a very strong trend with 72% of the firms adopting this technology which simply stated, runs each application in its own “virtual server” providing great stability for accounting applications by minimizing conflicts.  VMware was the preferred choice of 45% of respondents, followed by 17% of firms choosing Citrix Xen, and 10% selecting Microsoft Hyper V. Interestingly, with all the hype surrounding VDI (Virtual Desktops), none of the CPAFMA respondents had implemented this solution.

Workstations: Dell still leads the pack for desktop brands with 62% of respondents making them the first choice followed 23% by HP and 9% by Lenovo.  Studies done in the past pointed to a 26% reduction in the total cost of workstation ownership when firms standardized on one primary model.  For laptop brands, Dell (58%), HP (20%), and Lenovo (17%) continued to be the major brands.  The most popular laptop configuration was a 15” with full keyboard including a full ten key pad at 59% of respondents followed by 25% of firms buying 17” models as their standard, compared to only 11% selecting the smaller and lighter 14”-15” laptops without an integrated ten key.

Workstation Software:  It comes as no surprise that Microsoft Windows is the dominant operating system (with no responding firms standardizing on Apple iOS).  Windows 7 was the standard in 86 firms (75%) followed by 16 firms using Windows 8.x and 12 listing Windows 10.  The survey also found that more than one third of the respondents already had or were planning on transitioning to Windows 10 in 2016.  68% of CPAFMA respondents utilized Internet Explorer as their browser followed by 26% utilizing Google Chrome and 3% using Mozilla FireFox.  Microsoft Office 2010 was the dominant version of Office with 59 respondents (51%) followed by 45 firms on Office 2013 (39%) and seven firms on Office 2007 (6%).  Four firms had transitioned to Office 2016, which we anticipate will begin the transition of Microsoft software to more annual subscription based pricing.  Adobe continues to be the dominant PDF program with 59 firms (53%) standardizing on Adobe 11 followed by 31 firms (27%) using Adobe 10.  Seventeen firms (15%) had transitioned to Adobe 12/DC, which we expect the five firms that were still utilizing Adobe 9 will have to transition to this year.

Tablets: 34% of peer firm provided tablets to all partners and 10% provided them to all managers, but only 3% provided them to all staff.  The survey found that two out of three tablets purchased were Apple iPads with the remaining third being Android (Dell, Samsung, Motorola) and Windows (Microsoft Surface) variations.

Smartphones: 60% of peer firms provided all partners and 24% provided managers with Smartphones, with the majority (79%) being Apple iPhones and the remainder being Android (Primarily Samsung Galaxy) smartphones.  44% of firms provided a stipend which varied greatly between firms.

Scanner Technology: Fujitsu was the vendor of choice for 57% of respondents for their production scanners followed by 28% of peers selecting Canon.  The survey found that 75% of respondents (84 firms) had implemented centralized scanning and 74 of these firms estimated they scanned 70% or more of all documents in administration.  69 member firms had also implemented distributed/shared scanners and 62 had rolled out some individual scanners, but less than half of these firms (27 firms) estimated that 50% or more of the scanning was done on these units.

CPA Practice Applications: Below we summarize the administrative applications which CPAFMA peer firms utilize to run their internal operations.  The number of firms selecting either on-premise or cloud applications have been identified where possible.

Email/Groupware: Microsoft continues to be the dominant Groupware product utilized by 79 firms internally and by 37 firms that have transitioned to cloud based versions.  In our consulting, this is one of the primary applications that firms transition to the cloud when they consider the cost of building and maintaining their own servers.   Interestingly, four peer firms have moved their groupware to Google’s platform.  The survey also asked about the standard mailbox size that was allocated to users and found it fairly equally distributed: 23 Firms allowed 1Gb or less, 25 firms allowed between 1Gb and 5Gb, 16 firms allocated 5Gb, and 42 firms allocated more than 5Gb, which we see being due to Microsoft’s hosted Exchange providing 50Gb to start.

Collaboration/Instant Messaging: Microsoft’s Skype for Business (formerly Lync and Office Communicator) was the dominant application in this space with 28 member firms using it (15-cloud, 13-on-premise).  There were also thirteen firms using IM through their phones with the most prevalent being ShoreTel (5 firms) and Mitel MiCollab (3 firms). Three of the four Google groupware users from the previous question also utilized Google Plus for their Instant Messaging.

Portal/Secure Delivery Solutions: The top three portal solutions listed by respondents were CCH (39), Thomson (17) and iChannel (3), which we honestly expected to be higher if not for the number of firms using secured email tools.  ShareFile garnered the top spot for delivery of secure email with 47 firms using it followed by LeapFile (5 firms) and CPA Safe Send (3 firms).

Tax Applications: This survey was combined with the previous SaaS/Cloud survey with the specific intent of identifying which applications are moving to the cloud as there have long been tax, document management portal and research tools available.  Below we summarize the tax applications utilized with CPAFMA peer firms.

Audit and Accounting Applications: The.  The survey also targeted assurance services to identify adoption of the following applications and utilities:

IT Governance: The vast majority of peer firms (95 firms representing 83% of respondents) utilized a technology budget that was reviewed at least annually.  Surprisingly, only 54% (61 firms) had a designated IT Committee.  Of those that did have an IT Committee, 39% met monthly, 31% met quarterly, 22% annually/as needed and 8% met at least every other week.

IT Training Resources: The final technology survey question had respondents list the best training resources with the most firms selecting the accounting vendor user conferences: CCH (31 firms), Thomson Reuters (10), Xcentric (6), Sleeter (3), XCM (2).  This was followed by 16 firms listing the CPAFMA National Symposium and/or Technology Fly-in and the AICPA TECH/Practitioners Symposium.

Roman H. Kepczyk, CPA.CITP, AAAPM is the Director of Consulting for Xcentric, LLC and works exclusively with accounting firms to implement today’s leading best practices and technologies incorporating Lean Six Sigma methodologies to optimize firm production workflows. Roman is also the author of “Quantum of Paperless: A Partner’s Guide to Accounting Firm Optimization” which includes the results of the 2015 CPAFMA Paperless Benchmark Survey.